You are here: Home › TRANSLATION 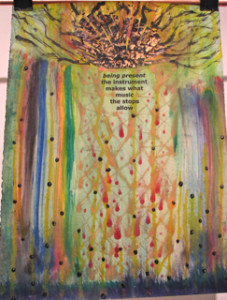 Campion published the first translation of Sor Juana Ines de la Cruz’ magnum opus El Sueño (Primero Sueño) in English. She was the most important poet in the Americas of her day (November 12, 1651–April 17, 1695). She was a Mexican nun and profoundly learned. Octavio Paz wrote a biography about her (The Traps of Faith).

Campion’s book is no longer in print as it is sold out and the publisher, Thorp Springs Press, has closed with the death of its owner (Paul Forman).

Here’s a PDF of this astonishing poem:

I’m including this TRANSCREATION of the great Native American Work (QUICHE MAYA) The POPUL VUH.

The original Maya was destroyed, and all that remains is a Spanish transliteration that leaves out the remarkable glyphic aspects of the text. This cruel attempt to deracinate the work has failed.  It is still extraordinary in its depth and powerful in its humor and drama. Campion’s effort to bring it to life takes some informed liberties with particulars–as it attempts to bring the work to bear on a modern era with a very different culture. It is the beginning of a libretto for a prospective dance/voice work. You can find original images from the Popul Vuh on pottery throughout the Maya world. Some interesting film work has been made to tell the tale using these images, but it is not widely available. I recommend Dennis Tedlocks translation of this great book as well.

Here is Campion’s transcreation of The Popul Vuh. 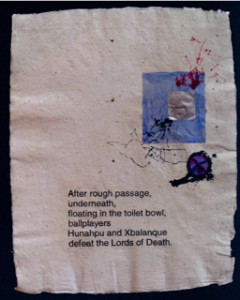